Photo Courtesy of the Artist and L21 Gallery

Lemons Can Be Sweet

Bright flowers, fruit, warriors, nails and lips, and witches are all among some elements conforming to the expression of self-icons encountered in Fatima de Juan’s paintings. Beyond her badass creations lies an artist that has had to earn her way to success at every stage. Coming from the island of Mallorca, Spain, Fatima de Juan began her path with graffiti. She found a sense of belonging in the expression of it. Attracted by the cultural underground and the almost secret language graffiti culture has, her passion for self-expression was born.

From the start, finding avenues to express her inner voice was challenging. She had to fight through many of the male-dominated “machismo” to be accepted in street culture. Fatima says, “The graffiti world is very territorial; conflict arises when a woman uses manners and techniques of doing things that belong to a male collective.” The difficulties she faced in this environment became one of the sources of the splendid sassiness uncovered in her paintings’ heroines. Defending her creative endeavors also made her somewhat defensive, but also, thankfully, gave her an edge in knowing how to stand up for herself and pursue her dreams and path, no matter the difficulty or opposition. Sometimes there was opposition from her family, who did not wholly approve of her doing graffiti.

Initially, graffiti enticed her due to the large format and the freedom to go to a wall and express herself without having to answer anyone or ask permission. Sometimes the gratification was writing her name on a wall, which was more profound than spray paint’s artistic or visual meaning. It was the common language that united her with the graffiti culture.

As fate would have it, she would eventually take a break from graffiti and find her love for painting on canvas to explore new feelings. This love originated organically. Oscar Florit, a respected gallerist from Mallorca and Director/owner of L21 Gallery, reached out to her after he saw an Instagram story she posted. In the story, she was spray painting under a bridge, and Oscar asked, “How come you don’t paint this in a large format on canvas? Why don’t you try it?” There were no meetings, long talks, or business agreements, just suggestions.

Fatima wasn’t getting the rush or challenge from graffiti she once had. However, the new challenge of attempting large-scale art enticed her, which evolved into a new mountain to conquer. “I had many emotions similar to when I began doing graffiti. The point at which you lose control and experiment. It gives you a bit of fear that perhaps you are doing it wrong, but at the same time, it’s exciting. It makes you feel alive.”

It caught my attention how open she was to explore a suggestion from a stranger, perhaps it was the approach or the right moment, but not many artists take kindly to requests. I asked her to elaborate on this, and her response was, “I don’t have a lot of ego. I accept more. It is like the warrior in me who likes fighting for my things. I wondered, what if I give it all to fight for something new that can take me to different roads? I find that beautiful. The fact that you can live one life, many different kinds of lives, is incredible. You could be doing something you love, but you pick everything up and do something different one day.”

The inspiration in her paintings always begins with women, delivering a voice to the inner child giving shape to that idea of what she describes as “Amazonian women” with large size, gigantic proportions, healthy, empowered, strong women. Paintings that are sometimes sweet, sometimes sassy, and sometimes more warrior-like. She paints warriors because it is her way of conveying power and strength to her inner voice, her inner child. Growing up, one of her favorite tv characters was Xena the Warrior Princess, which she also adopted as her street name. All of the aspects that live inside her, she expresses in a way to strengthen herself, “I would imagine a bit of a witch, a bit of a warrior, and a bit of attitude, this even though it came unconsciously, I forged with the years to strengthen myself. It is as if it was a goddess that you paint to nourish yourself. So there is an exchange of energy with that which I paint.”

Over the years, she allowed herself to merge sweetness, kindness, and maternal instincts in her works. However, she did not permit herself to explore this at the start of her art. She did not allow herself to cast a more delicate side as she does today. In the primarily male-dominated street art crowd, she felt like she could have used a mentor to give her guidance which was frustrating for her early on because she found no one willing to provide her with the time of day regarding her vocation. Also, the social context in which she was born invalidated her search for a path in art. Fatima commented, “Earlier, I only validated to make myself stronger. Today I realize no fight needs to be had in being relaxed. In tenderness, there also are many things one can explore, even though they are more introspective.”

The fact that she had a studio in which to work allowed her to live painting in a more positive, centered way than on the street. Also, with age comes wisdom, and she has found an equilibrium between the two halves that are distinctive parts of her being, parts that today go in parallel without competing against each other.

“I find sweetness to be a superpower that is often overlooked. At times sweetness can be that energy that makes people feel comfortable or safe. Sometimes maternal instinct women have, brings down the walls in people. At times, some women face finding the balance between being sweet and not letting others take advantage of that. Favor that sweet side but embrace the salty.”

Fatima has found that balance in her art. Through the years and experiences, she found a way to express in her paintings all the emotions she feels through exciting heroines to relate to and from which we can all take something. She forged a way where there was none, owning something inside her that she couldn’t help but let out and express through her work.

Her family is still a bit tentative; they still don’t understand her choice of art but are proud. Fatima feels, “When you escape the hamster wheel, everyone sees danger, but I look back and see the hamster wheel.”

She is grateful for the good she has and considers herself fortunate to know someone at the beginning of her career who supported her in pursuing her dreams full-time and offered to sustain her even though money was scarce. To her, this was one of the most beautiful gifts she had ever received.

Receiving advice at the right time from a person that had no prejudice in giving her an opportunity, especially since she was not part of contemporary art, was another gift she cherishes. Fatima occasionally does graffiti in her spare time, but she does not publish it because it’s only for her. Instead, it’s like her time for a walk in the park to blow off steam.

PM- What made you leave the world of publicity and murals to dedicate yourself full-time to the artwork on canvas?

FD-Advertising and graphic design were just a job. But painting was always my vocation. It’s something innate that you do without thinking and pretension. I made my way with mural painting since I came from graffiti; it was the most immediate path. Then the opportunity to paint on canvas came up; for me, it was a rebirth.

PM- You say you found inspiration in your trip to Cuba. What about their culture and way of understanding life made such an impression on you?

FD- The simple life, its old and colorful houses, and the generosity of its people. I love its culture, music, and ability to live in the present.

PM- How much of what you make on the Ipad or paper makes it to the canvas? Does it evolve further once you get started on the canvas?

FD- I draw on paper. Then I use an iPad to give four spots of color and make tests that only coincide a little with the final result. It is an idea, a sketch, and I like to start painting and let the work suggest colors and shapes beyond the initial idea.

PM- You’ve been able to define your style. What could be your next evolution as an artist or person?

FD- I believe that style constantly evolves and is linked to your evolution as a person, to the moment, and your feelings. So despite my style, I want to reinvent myself, contradict myself a thousand times, and still be me.

PM- What would you tell the new generation of women or young artists who find inspiration in you?

FD- To fight for their dreams and not allow anyone to tell them they can’t. If you can overcome that, you can overcome anything. Ignore what others think. Ultimately, it has to make sense to you, and you push your idea forward. To have fun with their work and that we women are the future.

PM- Are your paintings a reflection of feelings from your past that you are expressing or more immediate emotions?

FD- It’s both. It depends on the day, what I’m thinking and how I feel. Sometimes you fight with a painting. Sometimes, you cuddle it like a baby. (laughs)

Photo Courtesy of the SanPat Collection

PM- Where does the sassiness come from in your paintings?

FD- It is a mix of everything that I like or defines me. My characters are sensual, brutes, amazons, tender, warriors, and even a bit childish, I am all that, and they are babies that come from within me.

PM- What took you to graffiti painting?

FD- The freedom to paint in the street and fulfill the need to express me, have fun, and do funky stuff.

I’ve always been fascinated by large formats, appropriating public space, making it your own, and painting it without anyone’s permission or approval.

PM- What’s been the most rewarding thing for you in your career?

FD- My exhibition “Pretty Thug” at L21 marked a before and after.

PM- Did you keep the process of that light, quick movement in graffiti on the canvas now?

FD- The codes are different, and each format has its demands. Even so, many things are inherited from graffiti, the dimensions, textures, finishes, and painting with the whole body. 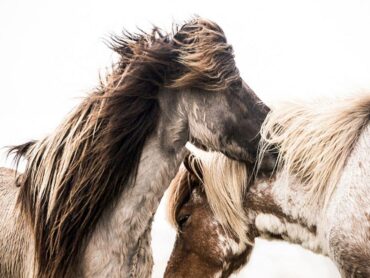 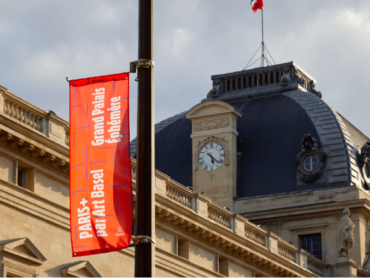