This year’s TEFAF feels fresh. The grande dame of the art world returns for the 32nd edition and she appears quite rejuvenated. Some 10% of the exhibitors are new, and thus the focus seems to have shifted towards contemporary art a little bit.

One other likely reason for this new feel is the fair’s sister show in New York (since 2017) which proved a powerful eyeball magnet for European TEFAF as well. The fair is, of course, known for its unique mix of fine art and jewelry. Such a program sounds rather traditional, however, TEFAF itself is not. “TEFAF is changing, and change can be really difficult,” CEO Patrick van Maris acknowledged in an interview. Especially the modern section features 13 new exhibitors out of 59. This is a significant evolution as in the past TEFAF wasn’t exactly known for innovation in this field – because it didn’t have to. Then came New York and things changed. Now, Maastricht is much richer and the fusion of Old Masters, contemporary art, jewelry and design appears to be much more attractive for collectors, writers, critics, curators and the general public.

Not everybody is happy though. Nico Delaive is one of them. The Amsterdam-based art dealer sent a bulk email out complaining about the new selection process which cut him out. “After 26 years of participating in TEFAF Maastricht”, he wrote, “we were recently informed by email that for the first time ever we have been put on a waiting list.” This, obviously, is grand old dame code for “goodbye”. Lawsuits followed and some of the old regulars left never to return, however, Delaive got a surprise dinner a few days later when loyal customers and they are worth billions, showed how much they appreciate his gallery.
Last Thursday the show started for invited guests and some of the dealers instantly the new . For example, silver dealers Koopman Rare Art from London made a number of sales at the preview, including a set of four candlesticks by Paul Storr from 1808. They had an asking price of 205,000 Euros. Isn’t it nice to start a show this way? However, it is not just the money we should be talking about. We art writers should remember this more often and The European Fine Art Fair’s new global chairman Wim Pijbes agrees, “Art carries a value for collectors that is often more than financial.”
Another thing I like about TEFAF, whose origins date to 1975 but whose content spans 7,000 years, is how seriously they take their vetting process. I am not aware of another art fair that has such a distinguished list of international experts, 180 in all, who use Hirox digital microscopes, UV and infrared reflectography, direct digital radiography, and X-ray fluorescence portable spectrometers – just to make sure the art on display is for real. The nerd in me was absolutely delighted, because experts like Detlev Kreikenbom of Mainz University, Lieven Daenens, honorary director Design museum Gent, Dedo von Kerssenbrock-Krosigk, head Glasmuseum Hentrich, Düsseldorf, Alfred Pacquement, director emeritus Centre Pompidou and Géza von Habsburg have such amazing stories to share as they make sure the art on display is truly museum grade.
Contemporary art is not usually examined on this high level of technical gadgetry because provenance seems to be easier to determine. But is it really? We are wise to expect seismic shifts from start-up companies aim to bring blockchain technology to the art world. TEFAF will continue till March 24th. 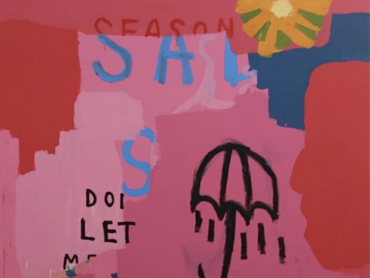